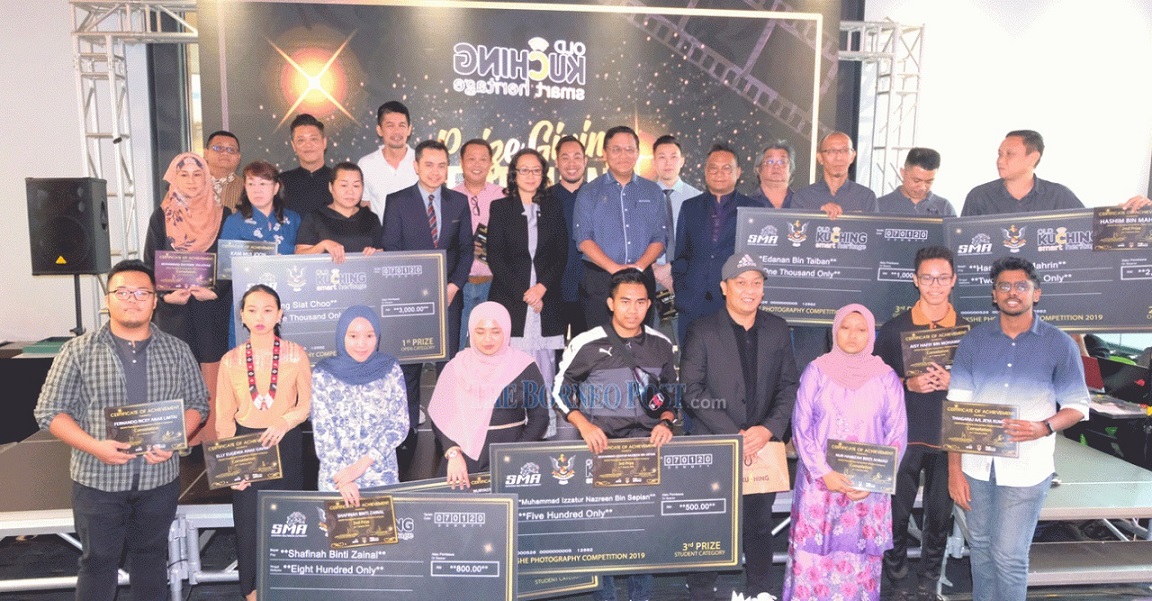 Dr Abdul Rahman (back, seventh right) is flanked by Sabariah and Al-Khalid during a photo call with the winners. - Photo by Muhammad Rais Sanusi

‘Govt continuing to turn Kuching into a smart city’

KUCHING: The Sarawak government is continuing its efforts to develop Kuching into a smart city.

Assistant Minister of Islamic Affairs and DBKU Datuk Dr Abdul Rahman Junaidi said this is part of the Sarawak Digital Economy Strategy through Old Kuching Smart Heritage (OKSHe) in collaboration with agencies such as the Sarawak Multimedia Authority (SMA).

He said efforts would be made to maintain the components of old Kuching.

“This has been propagated by our Chief Minister (Datuk Patinggi Abang Johari Tun Openg), and today Kuching city itself has started to be developed as part of the smart cities in Malaysia,” he during the OKSHe Short Video and Photography competition prize-giving ceremony.

He commended OKSHe for organising the competition, which sought to maintain the authenticity of old Kuching.

Dr Abdul Rahman said the photos and videos taken by participants would serve as references for future generations.

“When our city has changed to a modern city within two to three decades in the future, the new generations would want to see how the city was developed from the beginning. As such, their references would be from the videos and the photos,” he said.

The competition held from Oct 1 to Nov 30 was divided into student and open categories.