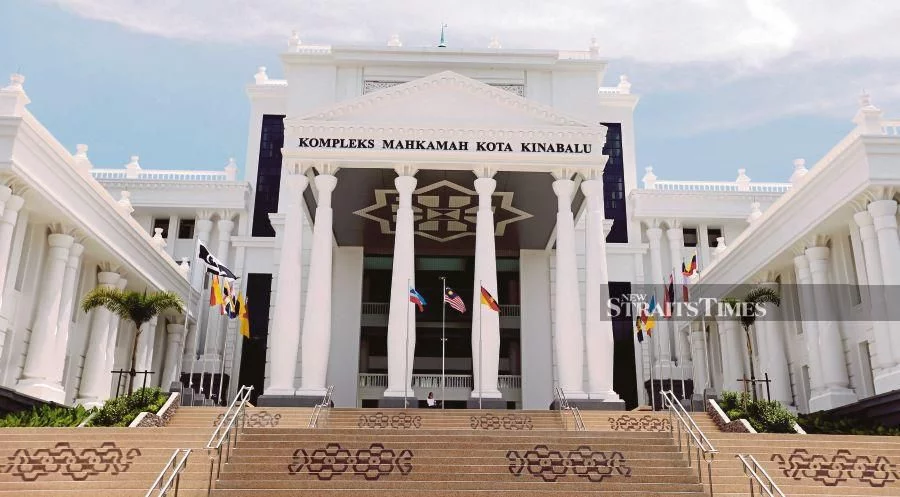 History will be made on Wednesday when Artificial Intelligence (AI) will be used for the first time by the Malaysian judiciary in the process of meting out a sentence in a Sabah court. - NSTP/MALAI ROSMAH TUAH.

KOTA KINABALU: History will be made on Wednesday when Artificial Intelligence (AI) will be used for the first time by the Malaysian judiciary in the process of meting out a sentence in a Sabah court.

Chief Judge of Sabah and Sarawak Tan Sri David Wong said the application of AI by a magistrate would be the first time in Asia.

“On Wednesday, the magistrate (at a Sabah Court) will use the recommendation of AI to mete out a sentence.

“This is the first in Asia. From my knowledge, there is no other judiciary using AI except in the United States. It is a big step for the Malaysian judiciary,” he said, adding that the event on Wednesday would be his last before retirement.

He was speaking to reporters after giving his opening speech at the 2020 Borneo Colloquium on Environmental Justice here.

On Jan 17, Wong had said the Sabah and Sarawak judiciary would take the first step in embracing AI by getting a machine to assist judicial officers in determining appropriate sentences for certain criminal offences.

He had said that AI would be used to improve efficiency and consistency in sentencing.

He had also revealed that the usage of AI will only act as a guideline to judicial officers in coming to his or her decision.

It was determined that the AI pilot project would be used for two offences: drug possession under Section 12 of the Dangerous Drug Act and rape under Section 376 of the Penal Code.

The application will analyse data for those offences gathered from cases registered in Sabah and Sarawak from 2014 to 2019.

On a separate matter, Wong said the colloquium would educate judges on environmental issues.

“The area of the law is still quite new. The more knowledge they (legal fraternity) have (on this), the more equipped they will be when (environmental) cases come up.”

He said considering there were non-governmental organisations (NGOs) dealing with environmental matters, it would be advantageous for more cooperation between the legal fraternity and NGOs when it comes to such cases.

“Everyone is happy that non-governmental organisations (NGOs) are more active in this area. It is hoped that NGOs and lawyers will take up the cases to protect the environment.”