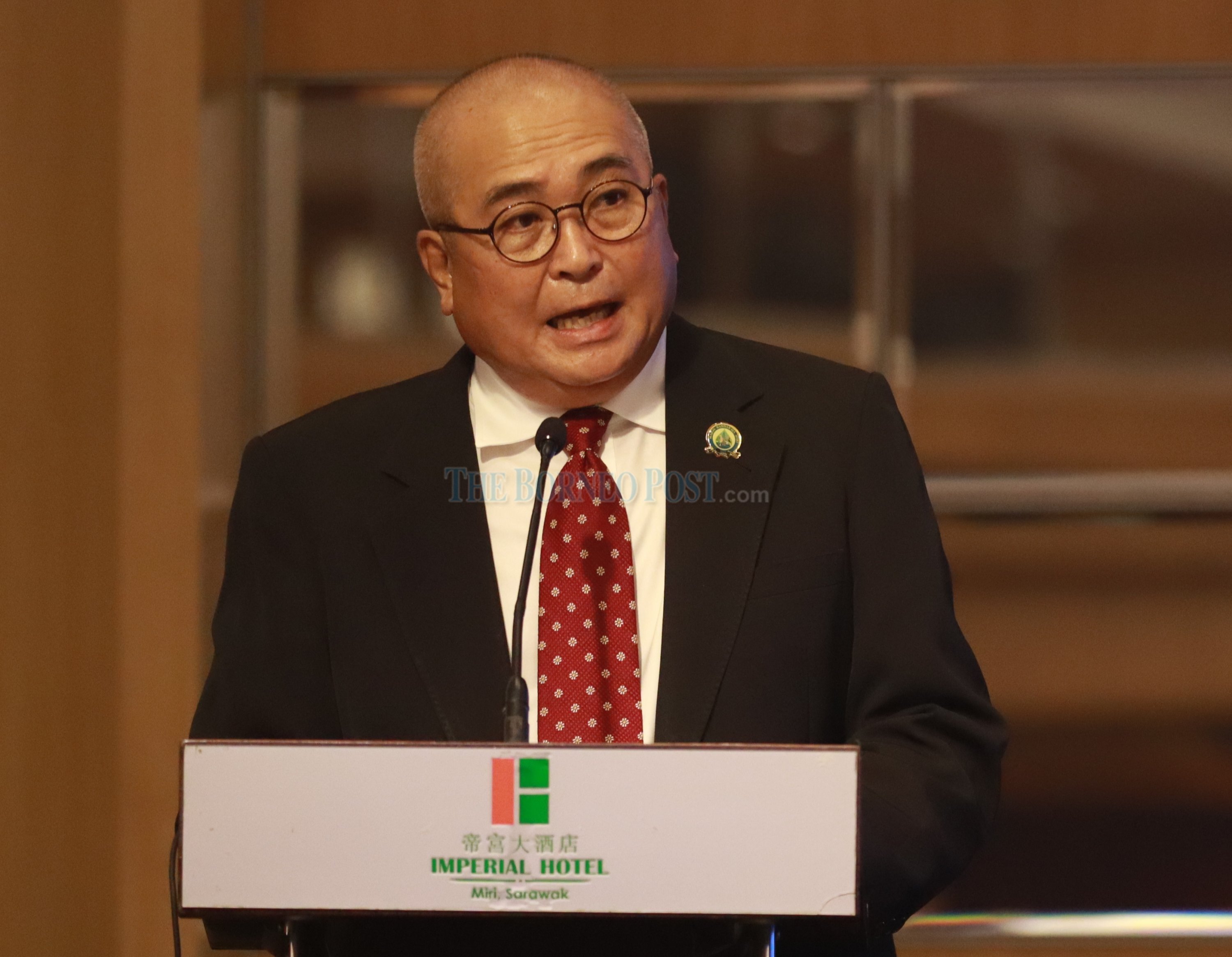 MIRI (April 12): The Miri Smart City’s Safe Park project had recently proven its viability when it saved the life of an unconscious man at the push of a panic button, said Miri Mayor Datuk Adam Yii.

He said under the safe park concept implemented at Bulatan Park and Miri City Fan, closed-circuit television (CCTV) cameras and Panic Button Smart Poles had been installed and connected to a command centre, which will be alerted to an emergency.

“This had enabled a medical team to arrive at the scene promptly and a park user who had fainted was able to receive due medical attention, and one life had been saved,” he said at the launch of the Miri Smart City Proof of Concept by Chief Minister Datuk Patinggi Abang Johari Tun Openg.

A CCTV footage of the incident was played during the event, showing a member of the public hitting the panic button after the man fainted. No further details was provided on the man.

Yii said the Smart City Concept was one of the 47 Strategic Action Plans drawn up by Abang Johari to uplift the state under the Sarawak Digital Economy Strategy 2018-2022.

“Miri was picked as the testbed for the pilot project and it will become the blueprint to be adopted by other local councils in Sarawak after it has been successfully implemented with reviews, adjustments and fine tuning,” he said.

A Memorandum of Agreement (MoA) was signed in January 2020 between Miri City Council (MCC) and Sarawak Information Systems Sdn. Bhd. on the rollout of 10 Miri City Smart City Proof of Concepts applications.

The command centre is also able to monitor in real time rising water level in drains, movement of buses and garbage trucks, and crime prevention coverage.

Multiple use mobile apps and other applications will raise service efficiency with better public feedback.

The city council will introduce a more comprehensive and wider scope of applications for the Miri Smart City Proof of Concept project as a leap forward in developing a digital economy for the development and benefit of Miri City. –Borneo Post