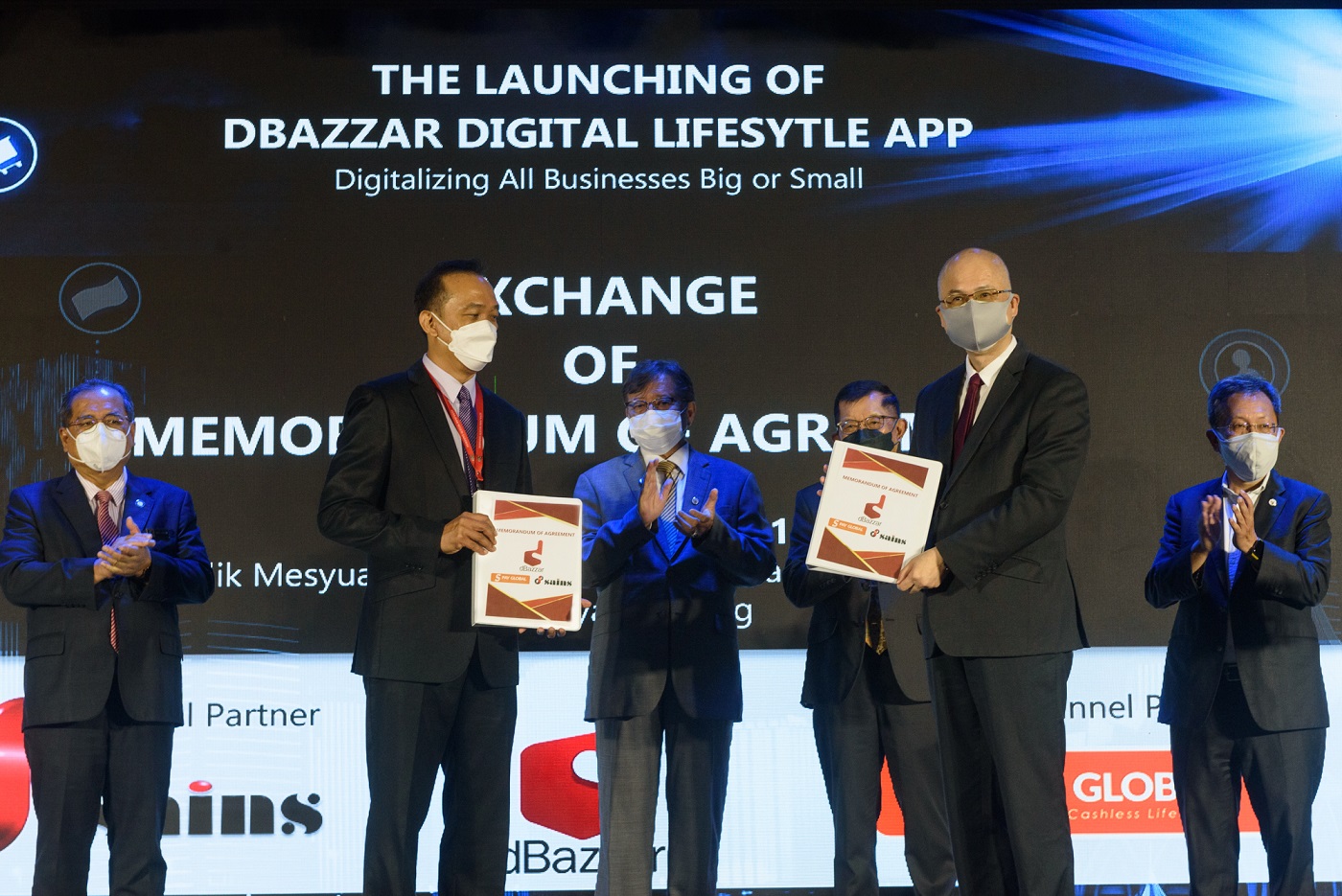 Abang Johari speaking at the launching of dBazzar

Kuching: dBazzar, a new super-app developed in Sarawak, in now available offering launch promos like free RM7 credit and a marketplace with over 2700 merchants.

The super-app,  which has been in trial since 10 months ago, is launching with 23,000 registered users. It aims to rival established giants like Grab, Shopee, Mudah, Agoda and BonusLink by combining the best features and perks from those apps into an all- in-one platform.

Uniquely, dBazzar is launching with greater urban and rural logistics. Built into the app is a Kampung-to-Kitchen emphasis, designed to help rural communities promote and bring their kampung products to cities.

dBazzar has established extensive networks across Sarawak. The firm already has offices in Miri, Bintulu, Sibu, Sarikei and Kapit.

At the launch, dBazzar founder Kent Kho was bullish about the Sarawak based super app’s ability to win over the public. Cheap prices, app exclusive merchants, and a wide range of products were among the core features.

He also spoke about the app’s inclusive Merchant,  Consumer and Affiliates Eco Systems. He emphasised dBazzar’s aim to have lower merchant fees, translating to cheaper prices for consumers.

“Through our Merchant Ecosystem, merchants can achieve total digital transformation with less cost, access to their database and essential digital marketing tools to build a pandemic proof business,” said Kho who holds a Master’s degree in Engineering.

Registered merchants in the food & beverage industries only pay a 10% fee on the transacted value. For merchants involved in other industries and services, fees can go as low as 0.5% for services provided by dBazzar.

Its Consumer Ecosystem works on the principle of a sharing economy. Users get compensated for promoting merchant products and services to their friends and family through social media. All this is via referral links on the dBAzzar app.

The affiliate pays a subscription fee to dBazzar in return to operate the system and gain access to training and information.

“Since the popularisation of online delivery services, everyone has been talking about the gig economy. dBazzar’s sharing economy principle is designed to disrupt the gig economy and bring more income opportunities to the next level.

“Other e-commerce platforms of global status are charging close to 30% on their transactions fees. As a result many merchants suffered or had to mark up their selling price to cover costs. For dBazzar, our charge is 10% for food operators.”

dBazzar is not Kho’s first foray into e-commerce. In 2016, Kho launched Planet Kuching, a precursor to grab.

“Our aim is more or less the same as the Sarawak Government’s ambition. We want to play our complementary role to the Government’s effort in building up Sarawak’s digital economy. We want to uplift all via technology.”

“With the internet, physical distance is no longer a hindarance, and we want to go beyond Sarawak and Malaysia, ultimately, we want to be the Pride of Sarawak,” Kho said.