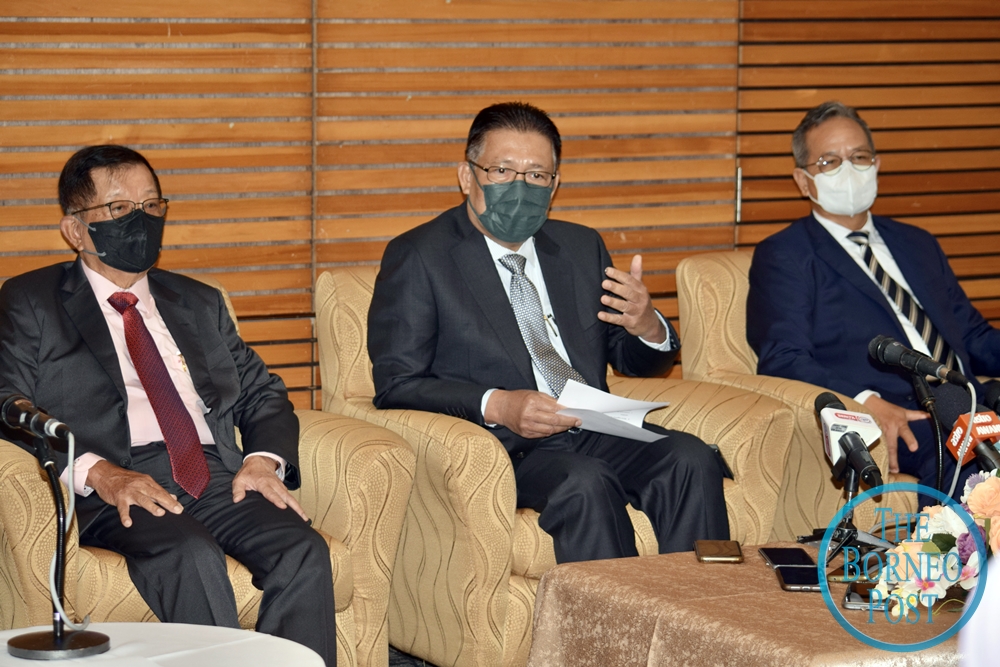 He said this is in line with the Sarawak government’s vision to digitalise the state.

“We held an engagement session with telco operators and service providers last month to encourage them to go rural.

“We know that they are focusing on cities and urban areas which are more profitable but if they were to think about this for the long term and look at the vision the Sarawak government has to digitalise Sarawak, that should also benefit them in the long run,” he told a press conference after witnessing the signing of a Memorandum of Understanding (MoU) between Sarawak Information Systems Sdn Bhd (Sains), Sacofa Sdn Bhd (Sacofa), and PP Telecommunication Sdn Bhd (PPTEL) at the Borneo Convention Centre Kuching here today.

Julaihi pointed out that his ministry will be engaging the telco service providers regularly to provide them with a better picture on the potentials of providing services in rural areas.

“I have gone on the ground and brought them along with me on site visits because I believe that we need regular engagement (with the telcos).

“We want to let them see that there is a demand in rural areas as well and this demand is increasing from time to time,” he said.

He said Sarawak is aiming for full telecommunication coverage by the year 2025 or latest by 2030.

“But in order to do so, Sarawak needs at least 7,000 telco towers across the state.

”At the moment, we have 50 per cent of that only so we are working hard to have all telco towers constructed throughout Sarawak,” he said.

On the construction of telco towers under the Sarawak Linking Urban Rural and Nation – Sarawak Rural Broadband Network (Saluran – MySRBN) Initiative, Julaihi said this is currently ongoing with SDEC carrying out the construction and installation of all equipment of the towers.

According to him, the installation of equipment for the first phase of the project consisted of 300 telco towers.

“The second phase will be the balance of another 300 towers and once constructed later on, the towers will be simultaneously provided with the equipment,” he said.