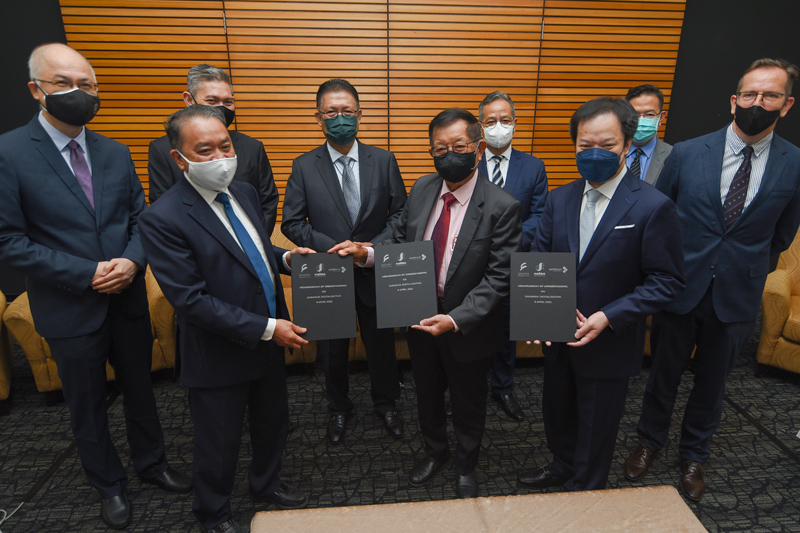 This assurance to people staying in rural areas came from Minister of Utility and Telecommunication Datuk Julaihi Narawi who said 300 telco towers had been installed in designated rural areas under Phase 1.

“As for the second phase, another 300 towers will be installed and simultaneously provided with equipment,” he told a press conference after the signing of a Memorandum of Understanding (MoU) between SAINS, SACOFA and PPTel to assist Sarawak in achieving its. Digital transformation at Borneo Convention Centre Kuching yesterday.

Julaihi urged telco providers such as Celcom, Digi and Maxis to cooperate with Sarawak Digital Economy Corporation (SDEC) and Malaysian Communications and Multimedia Commission to provide services in rural areas.

“At least 7,000 towers are needed throughout Sarawak and this is why I encourage telco providers to go rural, not only focus on urban and city areas.

“We are aware that the telco providers are more focused on urban areas because they are more profitable. However, they need to look at this issue in the long run,” he added.

Julaihi said installation projects were expected to be completed by the year 2025 until 2030.

He also encouraged telecommunications-related companies to expand their services to rural areas.

“When I make site visits, I brought along telco providers’ employees besides SDEC and MCMC to see the needs and potential of building telco towers, especially in the rural areas.

“This is to show them the ever-increasing demand from rural communities.”

He noted that SDEC and MCMC were also actively building and installing telecommunication towers in rural areas.

“The installation will increase the number of telco towers in Sarawak to benefit the community,” he said.

“Instead of progressing independently, the three companies will work together and accelerate the state’s digital transformation,” he said.

Dr Chan noted the three companies were committed to working together to materialise the initiatives for digital transformation outlined in the Post-COVID-19 Development Strategy (2030).

He said the rural communities must not be overlooked and Sarawak must be connected with the world outside .

“Just like roads that are much needed to stimulate digital infrastructure, PPTel and SACOFA possess the much-needed expertise to stimulate the digital economy.

“The application systems and contents developed by SAINS are akin to the cars or traffic that travel on these roads.

“Although we have been seeking foreign expertise in the most advanced areas, we have our own homegrown Sarawakian input so that we can continue the state’s transformation when the foreigners leave and even improve their solutions,” Dr Chan stated.